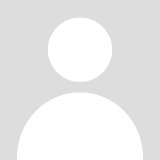 When we say Pony is capabilities-secure, we mean a few things:

The Pony Philosophy: Get Stuff Done

In the spirit of Richard Gabriel, the Pony philosophy is neither "the-right-thing" nor "worse-is-better". It is "get-stuff-done".

Throughout the design and development of the language the following principles should be adhered to.